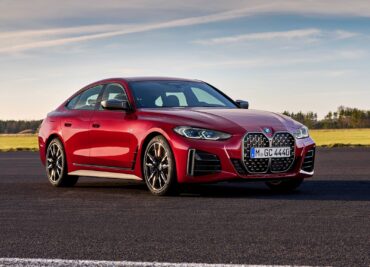 Overview: The 4-Series Gran Coupe marks the return of a four-door sedan to BMW’s 4-Series lineup after being excused from the 2021 model year. The four-door shares its platform and powertrains with the two-door 4-Series, but with four-door practicality.

Walkaround: First things first. Forget about powerplants, performance, technology and everything else about the new four-door 4-Series. All the buzz is about the styling — specifically the new front end. Just like when Lexus debuted its bold and brashly polarizing signature grille, BMW has taken a similar tack. However, this change is less controversial, more tasteful and more in line with the rest of its otherwise stylish lines. With that out of the way, let’s move on to the rest of the redesigned body. The 2022 BMW 4-series Gran Coupe merges the graceful sloping roofline of the 4-Series coupe with the practicality of the 3-Series sedan. Its haunches are muscular, and combined with the new grille, the new 4-Series has both an attractive and determined stance. It obviously has other premium fastback sedans, such as the Kia Stinger and Audi A5 Sportback, directly in its crosshairs. 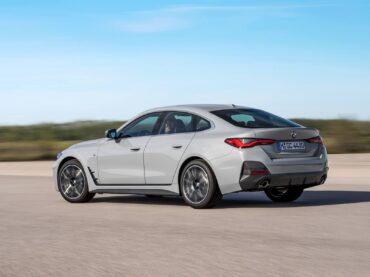 Behind the Wheel: Our test driver was equipped with the base 2-liter, twin turbo four-cylinder that puts 255 ponies to the pavement, and is available only with rear-wheel drive and an eight-speed automatic transmission. It also featured the M Sport Package. Steering is a little numb, but the suspension is stiff enough for fun on twisty two-lane blacktops and soft enough for highway driving. The base turbo-4 is quick enough for most people and doesn’t suffer from any harshness. It drives and handles like a sport coupe or commuter, depending on your mood at the moment, and encourages the kind of spirited driving — or road tripping — this car was seemingly built for.

Bottom Line: The 2022 BMW 430i is comfortable, roomy and practical. If you can look past the controversial new grille, it’s an excellent choice for a daily driver.