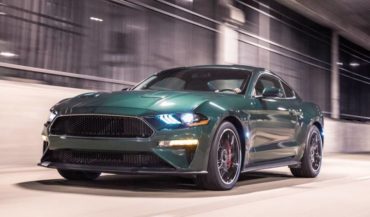 As tested: Not available

Overview: The 1968 Steve McQueen film “Bullitt” featured the granddaddy of all car chases — a 12-minute rampage through San Francisco more memorable than the movie. Fifty years later, it’s still the standard all movie car chases are compared to. The recent death of automotive legend Lee Iacocca had us reminiscing about the muscle car era of the ’60s and ’70s that he spawned as a young Ford executive. In 1964, he convinced Henry Ford to build the Mustang — ushering in an entire generation of high-performance Detroit iron.

Walkaround: The 2020 Bullitt captures the magic from 50 years ago, just screaming cool. It’s the same Dark Highland Green, with black wheels, and looks like a modernized version of the movie car. The Bullitt differs from other Mustangs by dismissing almost all its badging. The blacked-out grille and minimal brightwork give it a sinister appearance. Rounded and sleek, its retro styling includes those cool, sequential taillight turn signals. The lower-profile Bullitt appears to hug the ground at 100 mph — while standing still. 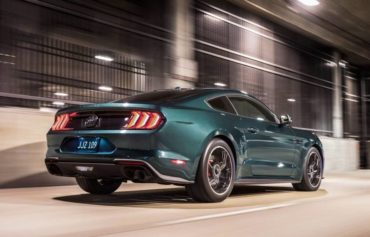 Interior: Inside, the Bullitt is a mix of modern and retro, with some cool touches — like the white shift knob and toggle switches. However, the interior has a modern look and feel, including a 12-inch, configurable, digital-instrument panel that offers different looks depending on your chosen drive mode. There are leather-trimmed, heated and cooled, power seats offering comfort on extended trips — as we found on a jaunt to Yakima. Like all cars of this genre, the back seats are for looks. The trunk is roomy, with easy loading and unloading. Bullitt badging appears inside on the steering wheel, dash and a special plaque with the chassis number on it. The Sync 3 infotainment system is much improved. The 8-inch touch screen simplifies radio and NAV controls, and voice commands work vastly better. The standard rearview camera and optional blind spot warning systems are a must.

Behind the Wheel: The Bullitt Mustang puts 480 horses to the highway with 420 pound-feet of torque, delivering some serious power. A manual six-speed is the only transmission offered. Shifts are smooth, and the clutch isn’t very heavy for the power it packs. Handling is seriously improved due to a new independent rear suspension, and large Brembo brakes stop this high-performance pony.

Bottom Line: The Bullitt is powerful, loud, boisterous and just serious fun to drive. It’s one cool-looking ride that’s as much about performance as style, while paying tribute to its 1960s heritage. Its retro looks will spark your interest, while its performance will make you smile every time you stick your foot in it.