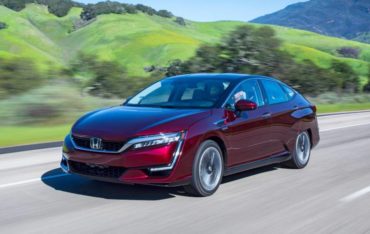 Overview: The original Honda Clarity was a fuel-cell-only vehicle limited to hand-picked lessees in California. After discontinuing the FCX Clarity, Honda launched new versions, and the badge now covers the full line of sedans including fuel-cell, EV and plug-in-hybrid versions. Our test driver was the plug-in hybrid, and this review will focus on that vehicle only. As a plug-in, the Clarity competes with the Hyundai Ioniq, Toyota Prius Prime and Chevy Volt. Being sized much like the Accord gives the Clarity an interior room advantage.

Walkaround: The Clarity is the largest sedan Honda has ever built. However, its overall rounded shape, coupled with partially skirted rear wheelwells, remind us of a ’90s-era Chevy Caprice. It does come standard with 18-inch wheels and LED headlights. The only visual differences besides badging are wheel designs specific to each model and the EV’s white-tinted taillights and body-color grille. 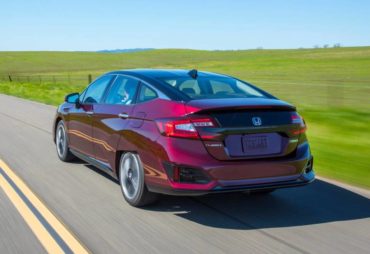 Interior: The cabin is nice, featuring wood-grained trim, with excellent fit and finish. Automatic climate control and heated seats are standard, while the Touring version adds navigation and power leather seats — although there’s no lumbar adjustment. The rear seat is roomy and can accommodate three. The trunk is decent size, with no battery intrusion. The standard 8-inch touch-screen infotainment system is based on Honda’s everyday system that’s slow, lacking buttons or knobs. The Clarity also features Honda’s frustrating gear selector — a row of awkward push-and-pull buttons. The convoluted steering-wheel controls make it hard to differentiate audio from the multi-info display.

Under the Hood: The Clarity plug-in features a 17-kWh lithium-ion battery pack for the 181 horsepower, 232 pound-feet of torque electric motor, coupled with a 1.5-liter Atkinson-cycle gasoline inline-four, based on the Fit. Combined horsepower is 212.

Behind the Wheel: We found 40 miles of electric-only driving pretty normal — among the best for plug-in hybrids we’ve driven. That range might be perfect for drivers with average commutes, allowing them to primarily operate in EV mode. The Clarity handled hills and merging and allowed a heavy foot when needed — while remaining in electric mode. When pushing the gas pedal past what Honda calls the “click point,” the gas engine kicked in, making a seamless transition.

Bottom Line: The Clarity plug-in is an agreeable car that can work for many people as an electric vehicle most of the time, reliving most range anxiety. Its flaws like the frustrating controls shouldn’t put off green-car buyers, as all Hondas share them.