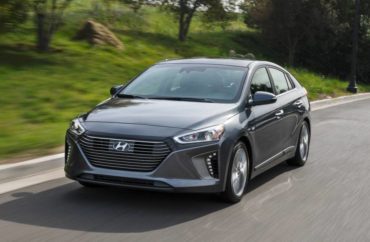 Overview: When most buyers think hybrid, the Toyota Prius is usually top of mind. But with other choices now available, that’s slowly changing. Sharing its mechanics with the Kia Niro, the 2018 Hyundai Ioniq is three variants of the same car — hybrid, electric-only (EV) and the all-new plug-in hybrid. Our test driver was the plug-in hybrid, and this review will focus on that vehicle only.

Walkaround: The Ioniq is your basic, wedge-shaped hatchback, sharing basic styling cues such as the large grille, headlights and body accent lines with Hyundai’s Elantra and Sonata. While it’s not flamboyant, there’s nothing particularly unattractive about its looks. Like most cars today, the Ioniq has an aerodynamically designed body boasting a 0.24 drag coefficient — which Hyundai claims is class-leading. 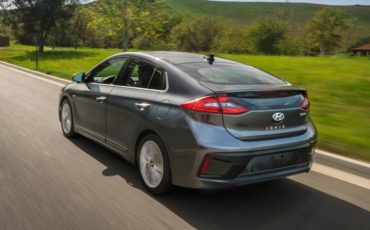 Interior: While unremarkable, the Ioniq’s cabin is comfortable and reasonably attractive in base trim. Upscale trim can be well-appointed. The Ioniq also boasts all the latest connectivity and infotainment options. The front seats are pretty comfortable, and while the rear seats aren’t as roomy as several competitors, they aren’t a squeezefest either. Rear headroom is adequate but not abundant. The Ioniq interior also utilizes recycled materials. The door panels are made of volcanic stone and powdered wood, minimizing oil-based products like plastics. Soybean oil is used to make metallic-looking interior paint, with weight reduced via the aluminum in the hood and tailgate.

Under the Hood: The plug-in Ioniq utilizes the combination of a 1.6-liter engine, electric motor and 6-speed dual-clutch automatic transmission — in contrast to most hybrids, which use continuously variable transmissions. The 6-speed works like an automatic but can perform like a manual. The battery pack is good for up to 29 miles of EV range.

Behind the Wheel: Unlike plug-ins such as the Toyota Prius Prime or Chevy Volt, driving the Ioniq like an EV — which tops out at 75 mph — is somewhat clumsy, requiring activating EV mode by a button on the center console. The good news is that using a 240-volt outlet, the Ioniq requires only a bit more than two hours to restore full charge — but at 120 volts, around nine.

Bottom Line: Ioniq plug-in-hybrid owners who live within 10 miles of work can go literally months without ever visiting a gas station.