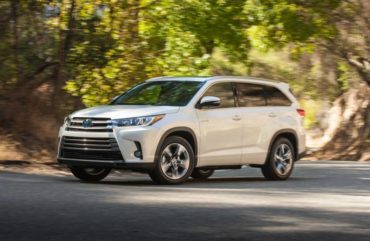 Overview: The Toyota Highlander Hybrid is a very smooth, midsize, three-row, front-wheel-drive crossover with available all-wheel drive. In 2017, it received a facelift, more tech, an eight-speed transmission on non-CVT models and more power. It’s unchanged for 2018. Larger than Toyota’s RAV4 and nowhere as rugged as the 4Runner, it competes with the Honda Pilot, Kia Sorento, Hyundai Santa Fe, Chevy Traverse and others. Our test driver was the top-of-the-line Hybrid XLE model.

Walkaround: Due to its big squared-off lines, the Highlander looks more like a full-size, truck-based SUV than a midsize crossover. The angular, protruding grille and headlamps are aggressive-looking but not overtly threatening. 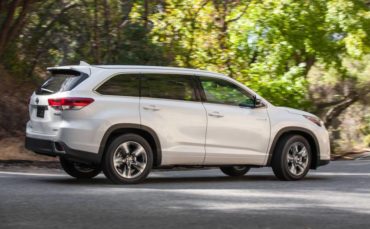 Interior: The semi-luxurious cabin is quiet and refined, featuring floor insulation and acoustic glass. The power front seats are comfortable, with heated/cooled seats available. The optional sunroof uses headroom but you can recline the second row and see the sky. The premium touchscreen in our XLE controlled everything — audio, climate, navigation, etc. — and included Apple CarPlay and/or Android Auto. There are five USB ports, numerous cubbies, plus an opening storage box on the dash. The long 110-inch wheelbase provides ample room inside — but not quite enough for an adult-sized third row. Most models have a sliding 60/40 second-row bench that seats three, and the Limited model offers captain’s chairs. The third row is small, with little head or legroom — definitely kids only. However, two adults can reach and fit into those seats. The third row folds flat, revealing 42.3 cubic feet behind the second row and 83.7 with it folded.

Behind the Wheel: Hybrid Synergy Drive powers the front wheels primarily using the V6 engine, and the rear wheels solely with the second electric motor. The engine and front motor use a power-split system like all Hybrid Synergy Drive Toyota vehicles. Predictable and vanilla, handling is pleasant, with firm electric-power steering. It’s controlled but does lean in turns and can be somewhat soft. The ride is smooth but not cushy. The soft ride and handling go away in models with the firmer suspension.