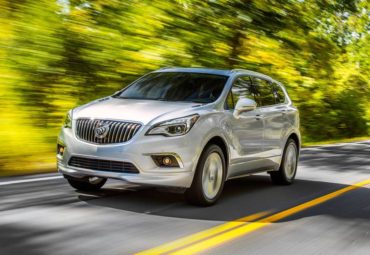 Overview: Owning a Buick in China is a status symbol akin to a Mercedes or Lexus here. GM sells lots of Buicks there, so it makes financial sense to build them there. However, we question building Buicks in China and shipping them here to sell as American. Buick defends the crossover Envision, saying it was designed in Detroit for the American market — but noting fewer will be sold here than there.

The rear taillamps seemingly float in space, while accent LEDs connect to a metallic strip adorned with a Buick logo. Properly equipped, it can tow 1,500 pounds. 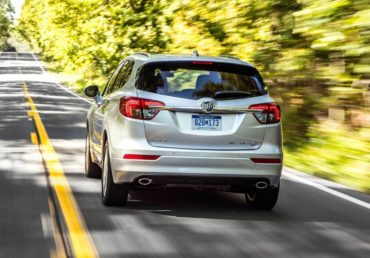 Interior: Depending on your personal taste, instrumentation is either dramatic or standard GM. There’s real wood trim and ambient lighting to accentuate the leather seating surfaces. The 8-inch infotainment touchscreen sits high on the dash — home to Buick’s IntelliLink system and Apple CarPlay.

The Envision is narrower than GM’s Terrain/Equinox. While there’s room for three in the rear, it’s a bit cramped. There’s plenty of headroom, as well as available heated and reclining back seats. Cargo space is 26.9 cubic feet or 57.3 with the seat folded.

Behind the Wheel: The Envision is quiet inside — even over bad roads, which it does a great job of smoothing out. The twin-clutch AWD system not only splits the power between the front and rear wheels but also uses torque vectoring between each rear wheel for better control. Acceleration, handling and braking are all adequate.

Whines: For the price, the Envision lacks some features found on competitors like the Lexus RX, Nissan Murano and Acura RDX.

Bottom Line: The fact the Envision is made in China may put some people off. But it’s well-built, the ride is comfortable, the cabin nice and drivetrain solid. Driving dynamics are average for this class, fuel mileage is a bit disappointing and it’s somewhat spendy.