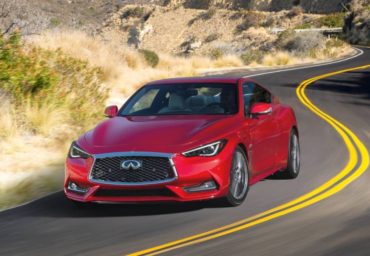 Overview: Confession… We were big fans of the Infiniti G37 coupe and convertible before it was rebadged as the Q60 for the 2014 model year. However, Infiniti’s only two-door coupe received a comprehensive redesign for 2017 that not only encompassed styling but mechanical upgrades as well — including some found on the redesigned 2016 Infiniti Q60 sedan.

Walkaround: The 2017 Q60 coupe features aggressive yet evolutionary styling heavily influenced by Infiniti’s Q60 concept, which we saw at the 2015 Detroit auto show, and the Q80 Inspiration concept. Up front, styling changes start with the bold “double-arch” grille sporting a big Infiniti logo dead center, flanked by what are called “human eye” headlights. Meanwhile, the C-pillar features an interesting “crescent-cut” quarter-window design. In the rear, styling is simple, with LED taillights wrapping around the fender and a slight spoiler molded into the trunk lid. Dual exhausts peek out from the bottom. Overall, styling isn’t that overly complex, overstated design that screams for recognition, but more an understated, European luxury look. 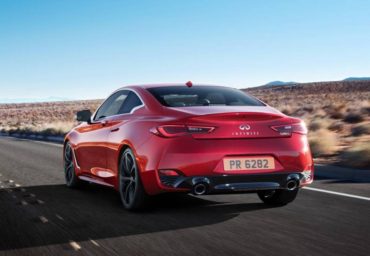 Interior: The Q60’s dashboard, center stack and center console are all attractively laid out with controls easy to locate and use. All materials are high quality and surfaces are soft-touch. Seating is comfortable, although like any other vehicle of this type, the rear seat is more for looks that actual use. The double infotainment screen and the Bose sound system are impressive.

Behind the Wheel: We got to drive the rear-wheel drive Q60 over Blewett Pass to Leavenworth and back, and it was pure fun — exceeding 100 mph numerous times without realizing it. It’s smooth and comfortable, with steering that feels slightly off center until you get used to it, plus sure-footed handling and braking. The 300-horse twin turbo V6 delivers power to spare — even going uphill over the mountains.

Whines: Our test driver didn’t have paddle shifters — which should be standard on the Q60.

Bottom Line: The 2017 Infiniti Q60 is a strong, fun-to-drive performer with excellent road manners in town or on the highway. If we were in the market, this would be on our personal short list.