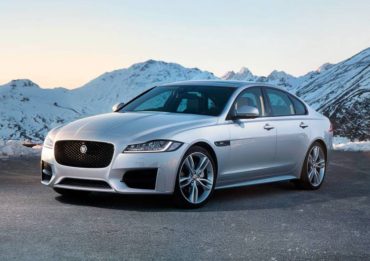 Overview: We’ve always had a soft spot for Jaguars. Until Ford bought Jag, their reputation for dependability was dreadful, but there’s just always been something about Jaguar that suits our personal sense of style like a glove.

While Jaguar is no longer part of Ford, the one thing Ford did was solve the reliability problem. Since then — including a major redesign in 2016 and some J.D. Power awards for dependability — the flagship XF sedan has earned the respect of automotive enthusiasts worldwide. With just minor tweaks for 2017, Jaguar has also realigned pricing to hit the bull’s-eye for midsize luxury sedans. 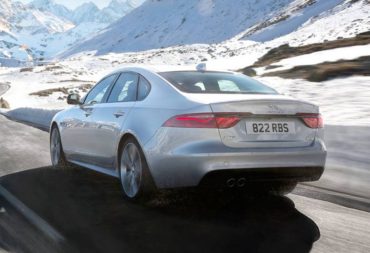 The side view is actually the XF’s best perspective, showcasing the Jag’s long, sleek look. At the rear, the upturned trunk lid and thin spoiler add to the Jag’s assertiveness. Taillights wrap around the sides and toward the center, with pinstripe lighting giving the XF a muscular look emphasized by the twin exhaust pipes.

Interior: The 2017 XF features the premium materials you expect from Jaguar, including an abundance of leather, with aluminum trim options. The infotainment screen is accompanied by an information display in the gauge cluster. Jaguar features a touchscreen interface instead of the overly-complex mouse used by Lexus and others — a move we applaud. Seating is comfortable, with sport buckets that don’t attempt to imitate racing seats. Taurus leather and suede microfiber offer optional luxury with style, as does the LED lighting.

Behind the Wheel: While Jaguars are known for acceleration, the 2-liter diesel is a definite departure. However, it’s more than adequate performance-wise. On the road, it’s quiet, and the XF handles exactly like you expect a Jag would.

Bottom Line: The 2017 Jaguar XF R-Sport is a standout in the luxury sedan segment. Its attractively aggressive looks, combined with an attractive price point, 40 mpg and Jaguar cachet make it worth your time.