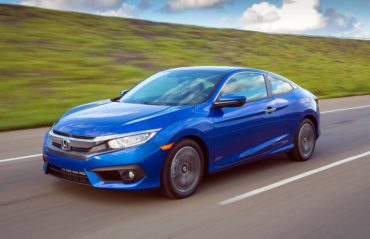 Overview: The all-new, 10th generation 2016 Honda Civic is the comeback player of the year after years of careening deep into the abyss of dullness with boring design, cheap interiors and lackluster performance. The new Civic, which was voted the North American Car of the Year by a panel of 53 independent automotive journalists, is bigger, nicer and much more stylish.

The Touring model — our test vehicle — pushes the limits of the compact class feeling like a premium sedan masquerading as an economy car. 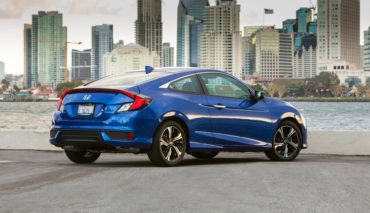 Interior: The interior is well organized, featuring a horizontal dash with instrumentation that’s clean and functional. Analog gauges and an LCD digital display screen tell you everything you need to know. Apple CarPlay was integrated into the touch screen as well.

The dash sits low while the front seat raises, offering excellent forward visibility. There’s lots of space inside, with clever storage and plenty of room for a 6-footer in the back seat with knee room to spare — plus a 15-cubic-foot trunk.

Behind the Wheel: Ride and handling are where the new Civic excels, smoothing out bad roads more than they deserve. The sophisticated new steering system offers a dual-pinion, variable-ratio setup that provides gradual and consistent steering boost.

The 1.5-liter turbo delivers surprising performance, although the ECO mode trades performance for gas mileage. However, it does improve in sport mode. Brakes are sure and firm, with a short pedal stroke. Overall, this is the best performing Civic in recent memory.

Bottom Line: The all-new 2016 Civic is a game changer for Honda that’s an extremely strong competitor in this segment. It has clearly earned the North American Car of the Year title.