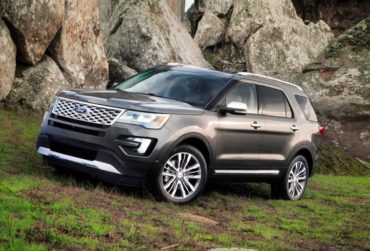 Overview: Think time doesn’t fly? The 2016 Ford Explorer is the 25th anniversary model. This Explorer is 24 inches longer and 620 pounds heavier than the original, delivers nearly twice as many horses and gets 20 mpg. Back then it was rear-wheel drive — today, front-wheel drive.

While a number of efficient four- and six-cylinder powerplant choices are offered, the base engine (powering our tester) is a 3.5-liter V-6, putting 290 horses and 220 pound-feet of torque to the pavement. 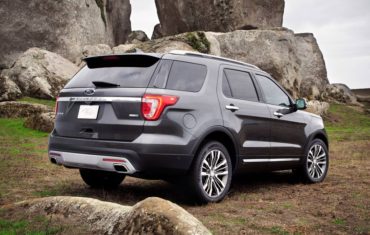 Interior: Today’s Explorer is a midsized crossover that accommodates a lot of people and their stuff comfortably and efficiently. It’s designed for families and for passenger room. The first- and second-row seats are among the most comfortable in this class, with the third row able to accommodate adults. Power-folding seats are available. The Sync infotainment system reliably works like it was designed — finally. The Explorer is quieter inside, thanks to tighter door seals, new engine mounts and acoustic glass in all models except base.

Behind the Wheel: Acceleration on the base V6 is adequate, with the six-speed automatic offering a manual mode. However, shifting seems somewhat leisurely.

The electric power steering feels nimble and natural. The Explorer utilizes front MacPherson struts with independent rear multilinks and stabilizer bars at both ends. The overall ride and handling is actually pretty sporty — unusual for a vehicle this tall. Other than the Jeep Grand Cherokee, nothing from GM, Honda, Toyota or Nissan equals the Explorer’s road manners.

Whines: A cruise to Portland averaging 76 mph equaled only 19 mpg.

Bottom Line: The AWD Explorer can tow up to 5,000 pounds, getting seven people to just about any off-road destination in quiet comfort — a great choice for most families and SUV drivers.