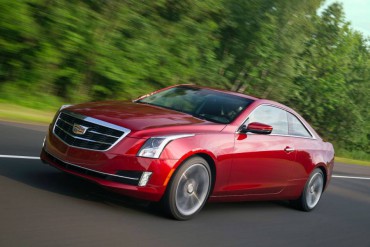 We heard mixed reviews about the Cadillac ATS from other auto journalists when the sedan version debuted a couple of years ago, but didn’t have occasion to actually drive one until this past summer at the Northwest Automotive Press Association’s (NWAPA) Run To The Sun event. It featured over 20 high-end, high-performance, luxury coupes, sedans, and ragtops driven in rotation over several hundred miles of varying terrain including twisty two lane blacktops throughout the forested shadow of Mt. Hood, wide open stretches of lonely highway in eastern Oregon, as well as urban freeways near Portland.

For the event, Cadillac showed off its new, 2015 Coupe version of the ATS. Our turn behind the wheel was navigating one of those winding 2-lanes through the woods at speeds exceeding 75 mph at times. We came away impressed by the handling and performance of the ATS, and drove it again not long after as part of our regular, weeklong test drive rotation.

When the ATS sedan debuted, its distinctive, CTS-inspired chiseled design, lightweight construction and agile handling immediately caused concern at BMW and Mercedes-Benz. For 2015, the Cadillac ATS lineup boasts updated features, a refreshed look and the new, sleek, and sporty Coupe — which this review will focus on.

The ATS Coupe is built on the same platform as the sedan, however, the only shared sheet metal is the hood — and the signature egg-crate grille — showcasing Cadillac’s new crest, which ditches the traditional laurel wreath in favor of a lower, wider design.

The compact luxury sport segment is perhaps the most competitive of all, and while brand cachet is definitely a consideration for some buyers, the ATS Coupe matches up well against competitors like the Audi A5 and BMW 4 Series, and proudly stands its ground against Asian competitors like the Lexus IS and Infiniti Q50.

Walkaround: The ATS boasts its own bodywork, and sits about an inch lower than the sedan, with a wider track. Unique to the Coupe is also a thicker steering wheel, wider rear tires and performance-tuned rear suspension. Like its siblings, the geometrically chiseled shape makes a uniquely bold and distinctive styling statement in opposition to the rounded, boring sameness of European and Asian luxu 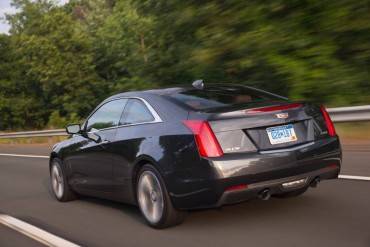 ry cars. A definite wedge shape is formed by the rising character line stretching from behind the front wheelwell all the way to the taillights. Chrome window surrounds and door handles add a luxurious touch.

The headlamps feature Cadillac’s signature long, tapering vertical tails stretching up alongside the hood line, while vertical foglights underneath accentuate the aggressive look of the front fascia. Inside the redesigned front grille, shutters automatically close at certain highway speeds to reduce aerodynamic drag and boost fuel economy. All models of the Coupe get HID headlights and LED foglights except for the standard base trims.

In back, the rear taillights are long and narrow. The decklid spoiler on the Coupe has the brake light inlaid, with dual chrome exhaust pipes positioned below the rear bumper.

Interior: Interior fit and finish is comparable with the Audi A4 or BMW 3 Series, although, as with the exterior design, the bold angles and sharp creases are unlike 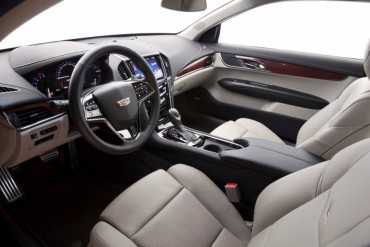 anything European or Asian cars offer. Amenities include everything you expect from Cadillac, with upper trim levels utilizing Cadillac’s CUE — Cadillac User Experience — touchscreen interface. The large screen employs proximity sensors and voice recognition to control navigation, phone, and audio functions. Unlike the overly complicated, highly unintuitive interfaces like BMW’s iDrive, there is no main control knob on the console. All functions are performed via voice or the touchscreen.

CUE includes a new text-to-voice feature that reads SMS messages from connectivity (requires a separate data plan) allows drivers and passengers to use the ATS as a WiFi hotspot for up to seven devices. A wireless charging tray will charge compatible smartphones — that utilize a specially-designed case. Another cool amenity offers storage for valuables behind the movable touchscreen — accessed by programming a code. 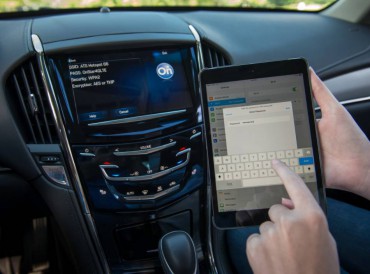 The front seats are quite comfortable, with a wide adjustability range for all body types. The bolsters hug the driver and front passenger tighter than other Cadillac models — a good thing on winding roads.

The Coupe has an inch less headroom in front, and nearly two less in the rear than the sedan, but rear legroom is the same. Trunk space measures 10.4 cubic feet — somewhat less than the Audi A4, Mercedes C250, and BMW 328i.

Under The Hood: The ATS Coupe only features two engine choices — an updated version of GM’s 2.0-liter turbocharged inline-4 that delivers 272 horses and 295 lb.-ft. of torque for peppy acceleration. The top-of-the-line powertrain — GM’s 3.6-liter naturally aspirated V6, which powered our test vehicle — puts 321 horses to the highway with 275 lb-ft. of torque, and does the 0-60 mph drill in just 5.4 seconds. Most ATS models come standard with a 6-speed automatic transmission, though a 6-speed manual is availab 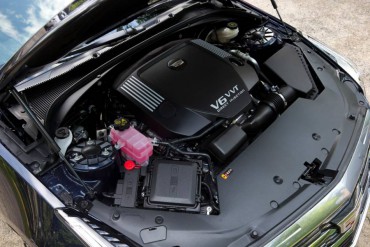 le on some trims with the 2.0-liter turbo. All-wheel drive is available on all models. We applaud Cadillac for offering a manual option while others appear to be moving exclusively to paddle shifters.

Behind The Wheel: The ATS Coupe is built on a light, but solid chassis that offers nearly 50/50 weight distribution — a major factor in its driving dynamics — which are enhanced by a sporty, five-link independent rear suspension. The third version of Cadillac’s optional Magnetic Ride Control adjusts that suspension in real-time for even more responsive handling. The chassis is pleasingly compliant with little-to-no body roll, while the weight distribution keeps the ATS balanced and controlled around turns, with the wider tires delivering additional grip.

The ATS cabin is very quiet, with almost zero road or wind noise. The 3.6-liter V6 offers strong acceleration, while the available Brembo performance brakes — which use a special Ferritic Nitro-Carburizing (FNC) coating that helps prevent brake dust buildup and corrosion on the wheels — stop the ATS with authority. The belt-driven variable-electric steering was a little numb on demanding turns for our taste, although most people won’t notice.

Whines: While CUE has been improved to be faster and more user-friendly, it still has some issues. For example, audio volume is adjusted by dragging a finger across a horizontal bar — not easy while driving a moving car. Most of Cue’s audio functions are better controlled on the steering wheel anyway.

Bottom Line: The 2015 Cadillac ATS coupe delivers import-like luxury and performance, while making a stylishly unique statement against boring, look-alike competitors. The ATS Coupe is definitely a bona fide player in this segment — not a poser. If we were in the market for a set of personal wheels, the 2015 Cadillac ATS Coupe would be on our personal       short list.