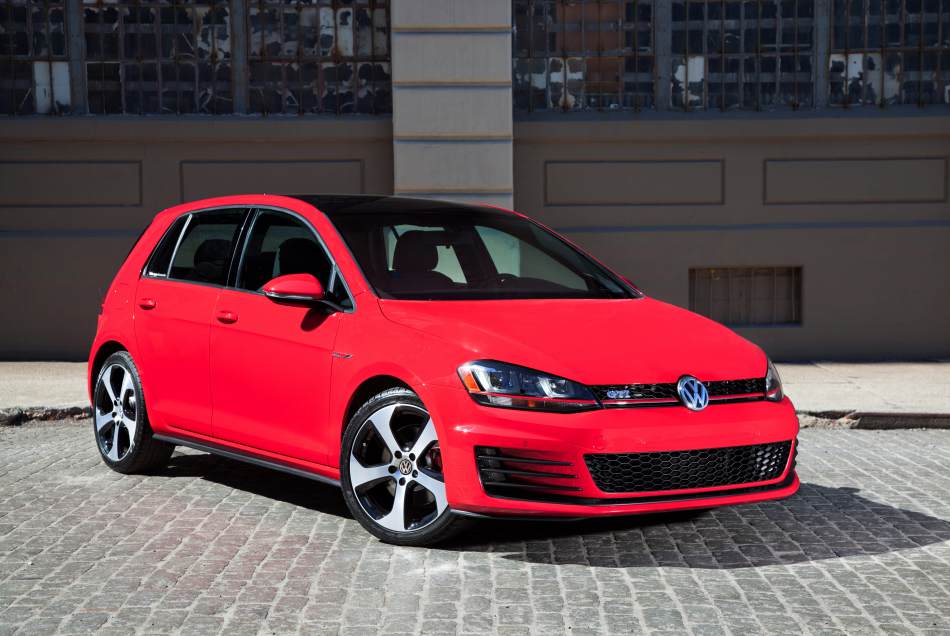 Volkswagen’s new advertising slogan debuted at the 2015 World Cup competition, promoting what VW marketeers say is the most important car in its lineup — the 2015 Volkswagen Golf. This is the seventh generation of the most successful European car of all time — the car that replaced the legendary Beetle. Fast forward 40 years, and 30 million cars worldwide later — including 12 years being known as the Rabbit — and it appears the German automaker has hit the bull’s-eye again with the new Golf.

We had the opportunity to put the 2015 Golf and its GTI version through their paces at a press event in San Francisco. VW views the Ford Focus, Mazda3 and Subaru Impreza as its main competitors in what’s known as the “Hot Hatch” market segment. It competes well — as we found out by driving those vehicles, as well as previous versions of the Golf — in head-to-head comparisons. 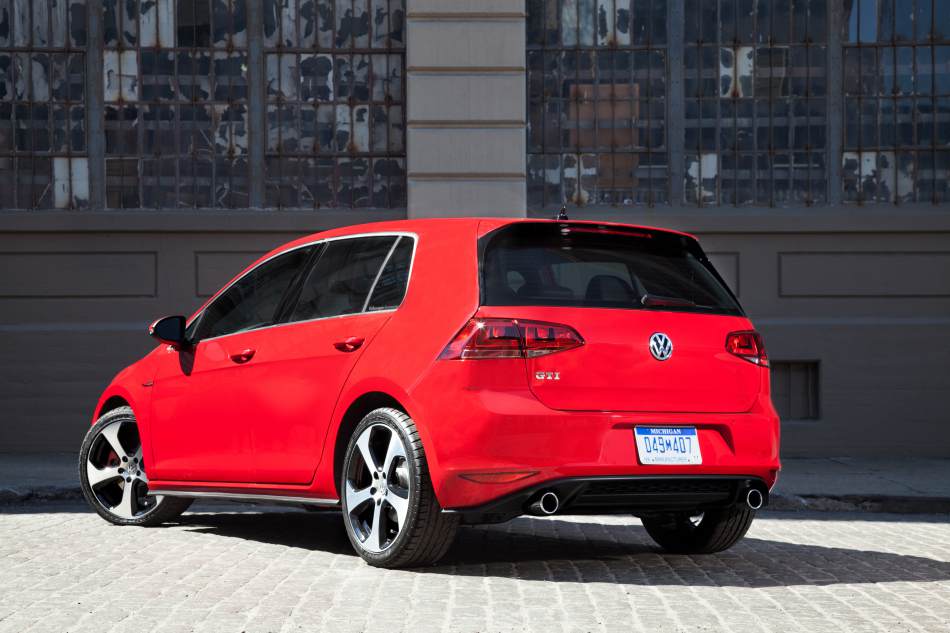 The Golf comes in two and four door models, and can be equipped with either a turbocharged gas engine or turbocharged diesel, either of which can be mated to a six-speed manual or six-speed automatic transmission.

Walkaround: The first use of VW’s versatile MQB platform in the U.S., the evolutionary styling leaves it easily identifiable as a Golf, in spite of being longer, wider and lower than the previous model. The Golf’s familiar shape is crisper yet more rounded, and contemporary looking.

The most notable change is the front fascia, which features angular new headlights and a slimmer grille. It’s also shed 51 pounds, which translates into improved fuel efficiency — particularly laudable since the Golf has become larger in nearly every dimension — including bold, new 18-inch wheels. 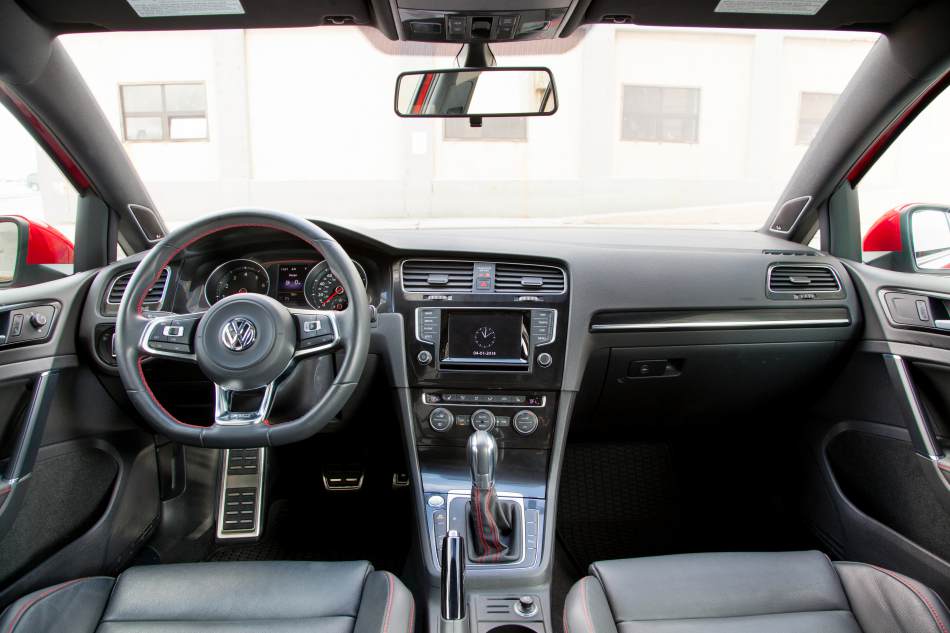 Fit and finish, coupled with traditional German sparseness of design, plays well in the new Golf. Interior space had been increased — as witnessed by more than ample room for two good-sized guys during our test drive. The interior trim features soft-touch plastic, along with chrome, aluminum and piano-black finishes. While it was plastic, none of it looked or felt cheap, as plastic sometimes does.

The controls have been rearranged to improve ergonomics and make the cabin more driver-centric. The center stack is now tilted toward the driver, and the GTI includes a 5.8-inch touchscreen, to manage the new infotainment system. Employing no-nonsense graphics on a black background, and not as visually clever as some others, it does what you ask with minimal lag and frustration. Considering the plethora of over-engineered systems offered today (Can you say BMW?), the techno-challenged will welcome its functional simplicity. 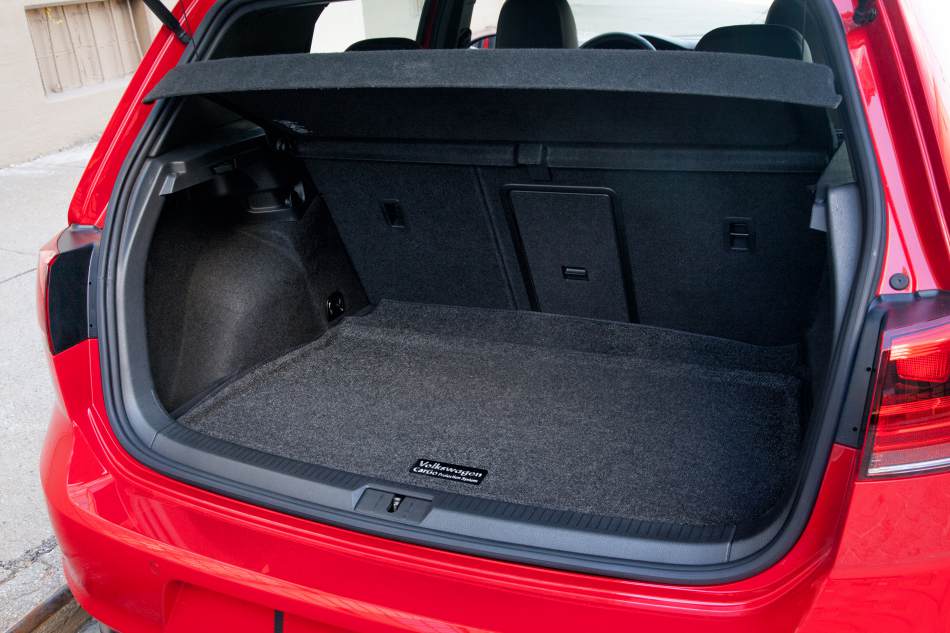 The driver’s seat is positioned rearward to create more legroom. The front seats are comfortable and bolstered well, as our test drive through the narrow, twisting two-lane blacktop of East Bay Hills, Berkley, and other environs above Oakland, proved.

Legroom in the back isn’t that great — especially with the front seats slid rearward, so seating five adults is pushing it, but not entirely out of the question, – especially in the five-door. There’s ample cargo space — up to 52 cu. ft. with the back seats folded down.

Under The Hood: The MQB platform is designed for longer wheelbases and multiple powertrains, and we got to preview some of the ones offered.

The GTI comes with a 2.0-liter four-cylinder turbocharged powerplant that delivers 210 horses and 258 pound-feet of torque at only 1500 rpm. The optional performance version adds another 10 horses.
The regular Golf is powered by VW’s workhorse 1.8-liter four-cylinder turbocharged engine that puts 170 ponies on the pavement with 200 pound-feet of torque.

Scheduled to hit showrooms in Q1 of 2015, are an all-wheel drive R version of the Golf, which will extract an estimated 290 horses out of the 2.0-liter powerplant, and a Golf Sportwagen — which will be a bigger, more spacious replacement for the popular Jetta Sportwagen — and will be powered by VW’s 1.8-liter turbocharged clean diesel.

An e-Golf is showing up at dealers now. It offers a 24.2 kWh lithium-ion battery and an electric motor with 199 pound-feet of torque. The standard 7.2 kW onboard charger allows an 80 percent charge in as little as 30 minutes.

Behind The Wheel: Naturally, there are differences in the handling and performance of the standard Golf and the GTI — which has more horses and a stiffer suspension — which is evident when hitting a bump. The Golf didn’t feel as tight as the GTI on sharp curves, cornering with noticeably more body roll. However, the standard Golf still held its own. This is a compact car meant to be a daily driver — not a sport coupe like the GTI.

We also took the e-Golf on a short spin. Like most electric cars, the impact of 199 pound-feet of torque is immediate. The e-Golf has all the driving characteristics of the gas-powered Golf, with a range of 70 to 90 miles per charge. To lessen range anxiety, the e-Golf also comes with a roadside assistance plan.

Even with the air conditioning going full blast in the record 96-degree heat — both versions performed consistently well, with responsive steering, solid braking, and a relatively quiet ride thanks to increased sound dampening.

Whines: For some reason, Volkswagen has declined to put a USB port in the Golf, but the iPhone connection does fit the latest version.

The new 2015 Volkswagen Golf and GTI are truly better than ever. With even more options than before, the GTI remains a truly affordable performance value. The fact that this car is so much fun to drive — and yet still affordable — is perhaps its best quality of all.