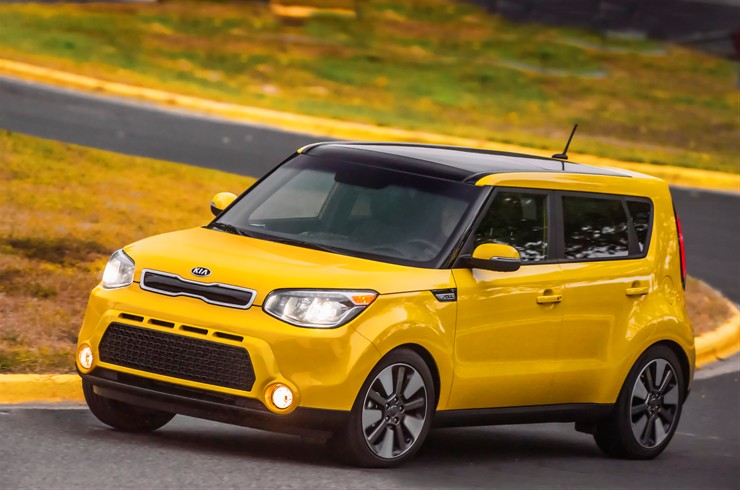 With an eye towards holding on to the hipsters — which seemingly include as many Boomers as Millennials — Kia introduced a new Soul for the 2014 model year that’s been heavily redesigned, with updated styling inside and out, — plus a host of new features.

A refined exterior, coupled with upgraded interior and an impressively expanded menu of standard and optional equipment, have positioned the Soul to give the Mini Countryman, Fiat 500L and Nissan Juke some serious competition. The Kia’s competitive price, revised styling and radically improved interior make it a star in that cute, cheap, compact-box market segment.

The Soul successfully straddles the line between being a compact hatchback and compact SUV. It’s sized and priced like a hatchback, but like an SUV, it can haul larger items. It has a lot more style and character than the competition — except for the Juke — which has a funk factor all its own. 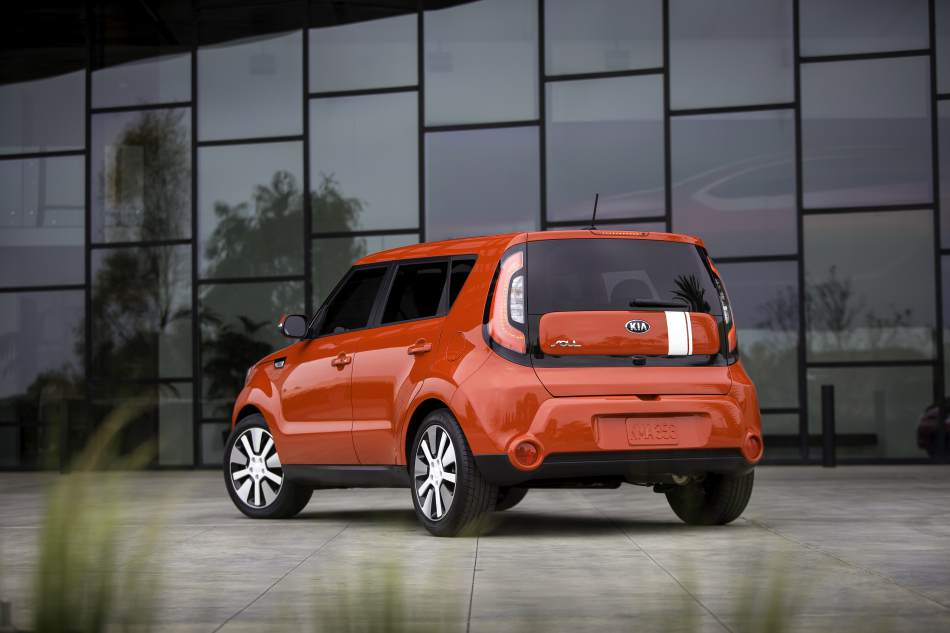 Walkaround: The 2014 Soul has totally nailed that ultra cute 5-door box-on-wheels design. From most angles the new Soul looks a lot like the old Soul, which is OK — people obviously liked the original. Kia designers kept what buyers liked, just stylizing it.

There’s an added inch to the wheelbase and the stance was widened by almost an inch. Those subtle changes give it a bit more interior room since overall height remains the same. A wider rear hatch opening makes loading and unloading cargo a bit easier, and overall, the Soul appears a bit less top heavy than before.

The new Soul is offered in a variety of attractive colors, although our test vehicle was a decidedly distasteful color called Latte Brown. The top-line Exclaim (!) trim is distinguished by body-color bumper accents and 18-inch wheels, while 16- and 17-inchers come on the base and Plus (+) trims respectively.

Interior: The new Soul sports a surprisingly plush, interior for the price, with more passenger room and features than you might expect. The cabin offers higher quality materials than the previous version, soft-touch surfaces — and heated and ventilated leather seats are now available, as are heated rear seats. You also get lots of upscale quality you wouldn’t expect from a Kia Soul, not to mention lots of goodies either optional or just not available on many other vehicles. 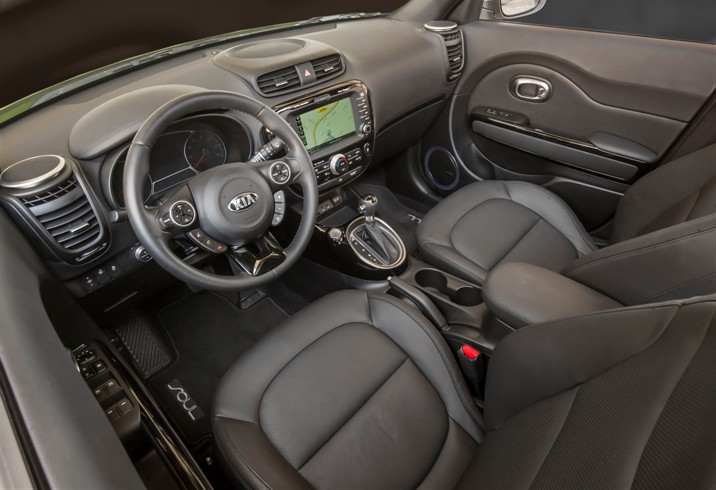 The base Soul features standard power windows, door locks, mirrors, cruise control, and A/C as well as Kia’s UVO system which interacts with your smartphone, Bluetooth, Sirius/XM satellite radio with Nav Traffic available, USB and iPod ports. The audio system also delivers on style with dash-top speakers and multi-color speaker lights that pulse to your music. Sure, they’re gimmicky, but they add character you won’t find in a Honda CR-V or the aforementioned competitors.

The Navigation system’s 8-inch touchscreen features a split-screen arrangement for Navigation and audio if you want to view it that way, with easy to use controls. There’s also a smaller screen available without Nav.

Cargo room is a surprising 24.2 cubic feet, expandable via 60/40 split/fold-down rear seats. We were able to load a medium-sized dog crate inside without folding the rear seats down, and still close the hatch.

Under The Hood: The base Soul is powered by a 1.6-liter direct-injection four-cylinder, with 130 horses and 118 pound-feet of torque. The mid-level Plus and top-of-the-line Exclaim both feature the more potent 2.0-Liter, 164-horse, direct-injection four-banger that puts out 151 pound-feet of torque. Both powerplants can be married to a six-speed manual, or automatic depending on trim. Our test Exclaim had the automatic. EPA mileage ratings are 23/City and 31/Highway for a combined 26. We experienced slightly higher mileage overall.

Behind The Wheel: Matching cool looks with a fun-to-drive experience doesn’t always happen. The Soul tends to drive more like a small SUV than a compact hatchback. However, thanks to a nearly 29-percent stiffer chassis, expandable foam body sealing and a reworked suspension, the 2014 Kia Soul has a much cozier relationship with the road than the previous version.

On a trip to Portland and back, we found reduced noise levels from the 2013 Soul, while the suspension smoothed out all but the worst road imperfections. While the Soul corners with noticeably increased confidence over the old model, no matter which “Flex Steer” resistance setting we chose, steering was predictable, but lacked driver feedback.

Acceleration is adequate when merging into freeway traffic, or passing, but even with the more powerful 2.0-liter engine, it lacks the gutsy response found in its quicker competitors.

Whines: The eight-inch touch screen features the ability to scroll through content like a smartphone, by using a finger. However, when trying to randomly navigate a playlist, it kept reverting to the alphabetical top of the song list after each tune. Also, when using the Nav system to locate a certain upscale restaurant in downtown Portland, it brought up a choice of driving directions for the same name eatery in three Puget Sound-area locations, but not the one in Portland — where I actually was.

Bottom Line: There’s a heck of a lot to like about the 2014 Kia Soul. Pricing starts at a very reasonable $15,495. Our fully loaded Soul Exclaim stickered at $26,195. Compared to its competitors, the Soul is the bargain of the funky compact segment — and no competitors offer anything close to Kia’s 100,000-mile, 10-year warranty. Whether you’re looking at a compact hatchback or small SUV, the 2014 Kia Soul is definitely worth checking out.