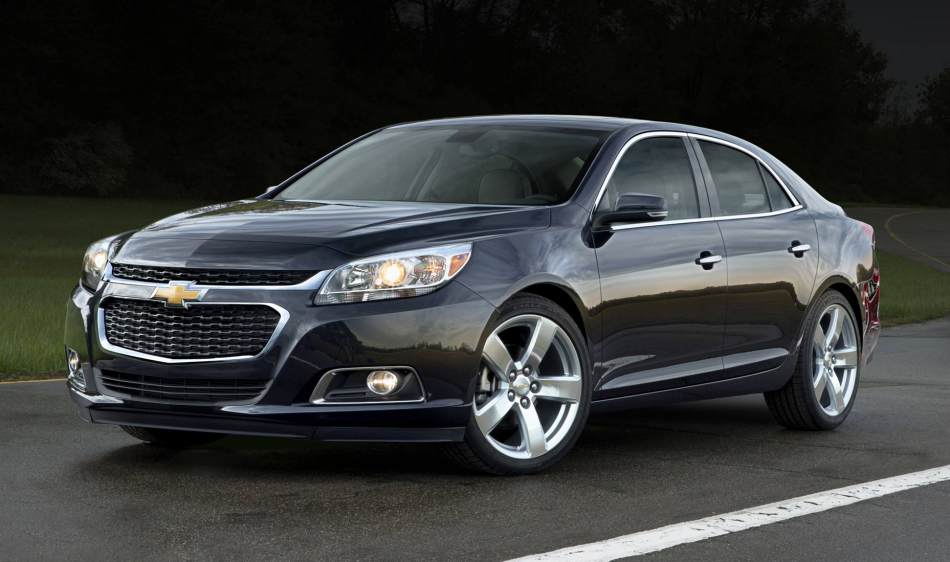 While the Chevrolet Malibu was all-new for 2013, its reception from buyers was somewhat lukewarm, and at one point, dealers were actually selling more discounted 2012 models than new 2013s. Chevy quickly worked up a significant list of refinements and changes for its important 2014 midsize sedan — including a revised engine, suspension and upgrades to the rear-seat interior space. The intent of the makeover was to further improve fuel economy, comfort, ride quality and handling over 2013. It succeeds in part thanks to upgraded chassis and suspension components borrowed from Chevy’s larger Impala sedan.

The shorter wheelbase on the 2013 in comparison to the previous generation Malibu also meant less rear legroom. However, added rear-seat legroom and knee room in the 2014 are a noticeable improvement in back-seat comfort.

The pricey eAssist hybrid system launched in 2013 is history, and a 2.5-liter, 196-horse ECO, with stop/start, is now the standard powertrain. It shuts down the engine at stops to reduce fuel consumption, and restarts when you take your foot off the brake. Elimination of the eAssist system also means there’s more trunk space where the batteries used to be.

Our test vehicle featured the new premium powerplant, a 2.0-liter DOHC, turbocharged 4-cylinder, and will be the focus of this review.

Walkaround: In addition to the all–new design of the 2013 Malibu, the 2014 version boasts a new, sportier face with blacked-out mesh grille and wider twin-port openings. That refreshed fascia is the signature look of Chevy’s current lineup.

Much like the Toyota Camry — which this car reminds us of in more ways than one — the previous design was both inoffensive and uninspiring. However, the 2014 is more sculpted and eye-catching, with a hood curving over the tipping point of the nose, giving the lower grille opening a large, more defined look. The headlamps and foglights remain unchanged, but the facial upgrade gives the Malibu a slightly more aggressive appearance.

The rest of the Malibu’s visuals haven’t really changed. The front and rear overhangs still seem, to us at least, a bit overdone, and the rear design of the squared-off taillights, which we’ve seen referred to as “Camaro-inspired,” round out a decent-looking package.

The center console has been reworked, moving the shift lever closer to the driver, and featuring a longer armrest, twin cup holders, and dedicated storage for two cell phones. Everything else up front is basically the same.

Chevy’s MyLink infotainment system uses a touchscreen interface that’s among the simplest to use, with easy setup and intuitive functions. New this year is the addition of voice texting, and the ability for iPhone users to call upon Siri through the system.

The premium powerplant under the hood of our test vehicle is the much more powerful 2.0-liter turbocharged four-cylinder engine rated at 259 horses and 295 pound-feet of torque. This is essentially the same engine offered in the Buick Regal and Cadillac ATS. EPA estimated mileage is 21/30.

Both motors feature all-aluminum blocks and heads, and are married to smooth six-speed automatics with differing shift points.

Behind The Wheel: We found the Malibu pleasant to drive, with handling and ride comparable to the Honda Accord. Its handling at high speeds is adept, thanks to suspension upgrades courtesy of the all-new Chevy Impala, including rebound springs integrated inside the struts — contributing to the Malibu’s smoother ride while reducing weight transfer and body roll during cornering and acceleration.

However, in spite of all that, while not bad, we still thought handling could be a little more lively.

Whines: One thing that struck us as odd is the mix of finish materials. Mind you, there’s nothing sub-par for this segment, and the dashboard and door materials have a generally premium look and feel. However, the center stack and other less-touched places feature rough, economical, hard plastic that seems somewhat misplaced.

Bottom Line: The 2014 Chevy Malibu is a serious competitor in this crowded market segment. However, it also invites comparisons to the basically boring Camry in many ways — but obviously, for a lot of folks, that’s not necessarily a bad thing. At $31,830 for the fully loaded 3LT as tested, and built in America at both Kansas City and GM’s historic Hamtramck plant in Detroit, one thing it unquestionably delivers on is traditional Chevy value.