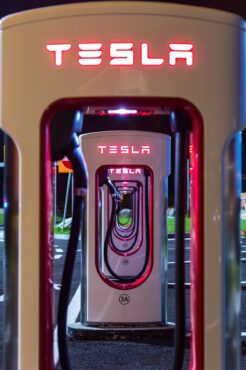 General Motors dealerships have tapped into a surprising new customer base and profit center — Tesla owners who need repairs. GM President Mark Reuss recently said that the company’s retailers had fixed 11,180 Teslas over the past two years. He didn’t say what types of repairs were performed, though much of it was likely routine maintenance. Reuss attributed the business to GM’s dealership network being larger, more convenient and more experienced than Tesla’s own.

Big 3 Need to Step Up to Save Detroit Auto Show

According to the Detroit Free Press, as auto shows have evolved after the pandemic shutdown of public events, two longtime world leaders — the Los Angeles and Detroit auto shows — ended 2022 in dramatically different positions. The LA show appears to be healthy and has seen increased activity annually for the past dozen events, while Detroit’s North American International Auto Show — a mainstay of southeast Michigan convention and tourism business for decades — is seriously at risk.

For the Detroit Auto Show to return to its world-class status, the brands that dominate the domestic market in Michigan will need to bring their A game to the Detroit show, which is scheduled for September 2023 on Detroit’s riverfront — a few hundred yards from General Motors’ towering downtown Detroit headquarters in the Renaissance Center, and across the river from Windsor, Ontario (Canada), where some of their vehicles are built.

Ford Motor Co. is recalling about 519,000 late-model sport-utility vehicles in the USA for possible cracked fuel injectors that could increase the risk of an underhood fire. The automaker said some Bronco Sport and Ford Escape SUVs spanning model years 2020 to 2023 with 1.5-liter engines could have the problem. When the engine is running, a cracked fuel injector could cause fuel or vapor to accumulate near hot surfaces and start a fire, the company said. Ford has received reports of 20 fires related to the defect, including three that ignited structures nearby. A company spokeswoman said Ford hasn’t received any reports of fatalities and is aware of four nonburn-related injuries linked to the problem.

Ford is also recalling more than 550,00 F-150 vehicles in the USA and Canada because the front windshield wiper motor may stop functioning, causing the wipers to stop working. Ford said that the inoperative windshield wipers on the 2021-2022 models can reduce visibility in certain conditions, which could increase the risk of a crash.

Hyundai Motor Group has outgalloped Ford Motor Co. for the No. 2 spot in the U.S. EV horse race. The South Korean auto group recently reported 43,072 new registrations of electric vehicles across its Kia, Hyundai and Genesis brands — accounting for a combined 9.4 percent segment share, according to data from Experian Automotive. Hyundai registrations more than doubled; Kia’s more than quadrupled. Ford’s also more than doubled, but it still slipped to third place.

The landscape is changing, however, as the Korean brands’ EVs, which are all imported, stopped qualifying for $7,500 tax credits when President Joe Biden signed the Inflation Reduction Act this past August. Ford’s North America-built Mustang Mach-E crossover, F-150 Lightning pickup and E-Transit 350 van all qualified for a $7,500 EV tax credit for the remainder of 2022. However, all imported brands are currently lobbying Congress to level the playing field by extending the tax credit to all EV buyers.

Just as automakers start making headway sorting out the chip and other parts shortages that have constrained production and left dealers with a scarce supply of vehicles to sell, the Federal Reserve is putting up a new obstacle — much costlier car loans. The average annual percentage rate on new-car loans was 6.3 percent recently — the highest since April 2019, according to Edmunds. The auto-market researcher’s data shows APRs closely track the effective federal funds rate, which suggests financing a new vehicle will be costlier in the coming months than it’s been since early 2009.

With its new Ariya electric crossover making the rounds of the auto show circuit and looking to hit American showrooms shortly, Nissan Motor Co. has unveiled a program to smoothen EV adoption and prime the sales pump. EV Carefree+ will offer Ariya buyers a battery warranty and a year of complimentary access to the EVgo public fast-charging network. Also included: three years/36,000 miles of scheduled maintenance, which covers tire rotations and air filter and fluid replacements.

Testing of the upcoming Mercedes-Benz EQG has begun in earnest, with a series of prototypes being pressed into service at the halfway point of a four-year engineering program for the upcoming model. Originally previewed in concept-car form at the 2021 Munich auto show, the electric version of the G-Class is set to become Mercedes-Benz’s ninth dedicated electric model.

It goes on sale in the United States in 2024, kicking off a whole new chapter of electrification for the traditional hardcore off-roader, a mainstay of the German automaker’s lineup since 1979.