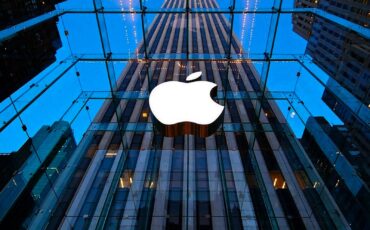 Apple Pushes into the Auto Industry

Apple is using the iPhone’s popularity to push itself into the auto industry, according to CNBC. However, automakers are a little unsure how they feel about this. Apple announced the next generation of its car software CarPlay in June. It takes over the user interface on all interior screens, replacing gas gauges and speed dials with a digital version powered by the driver’s iPhone. It suggested CarPlay helps automakers sell vehicles.

Meanwhile, the long-rumored Apple Car remains a mystery. While Apple is mum on the possibility, a number of recognized stock market experts like Whitney Tilson, Luke Lango and others are predicting Apple’s super-secret Project Titan will be the debut of a self-driving electric car from the company. They’re also hyping stocks of little-known Apple suppliers for the project they expect will explode in value in the foreseeable future.

The question of who would build such a car is also shrouded in mystery, as Apple, one of the world’s richest companies, has no manufacturing capability for such a vehicle. It was rumored some time back that Kia would build the car at its sprawling West Point, Georgia, factory, which also builds several of Kia’s most popular models. As soon as the rumor surfaced, Apple immediately stated it was false and refused to confirm or deny a car was in the offing. However, an official from Hyundai, which owns a large share of Kia, confirmed talks had indeed taken place and a deal was imminent — until the rumor hit the news.

Since then, neither party has had anything to say. But it’s clear by Apple’s push to take over vehicle instrumentation with its iPhone interface that it’s targeting expansion into the automotive industry.

Ford’s U.S. vehicle sales have shown notable improvements in volumes and truck availability, as the automotive industry continues to battle through a global shortage of semiconductor chips and other supply chain problems. The Detroit automaker recently said its new vehicle sales rose 36.6 percent in July from a year ago, compared to industry sales that were estimated to have declined by 10.5 percent. Ford’s vehicle production and sales were down a year ago more than others due to a fire at one of its chip suppliers in Japan that forced production cuts during the first half of 2021.

Meanwhile, BMW AG says new vehicle orders are retreating from high levels as inflation and higher interest rates hit consumers, making the company the first among major carmakers to turn more cautious. The Munich-based manufacturer sees vehicle orders normalizing toward the end of the year, particularly in Europe, it said recently. Current order books are at an all-time high because of pent-up demand due to the ongoing semiconductor shortage.

And Japan’s Subaru Corp. expects strong demand from U.S. car buyers to continue, a senior executive said, amid growing concern about a slowdown in the world’s largest economy. Chief Financial Officer Katsuyuki Mizuma’s confidence highlights the split between consumers struggling to afford basic necessities amid record inflation and those with the resources to continue spending on bigger-ticket purchases. Subaru has a backorder of about 50,000 vehicles and retailers only have between four to five days’ worth of stock in the USA, Mizuma said.

General Motors’ promise to build an electric vehicle for every buyer will begin to materialize in 2023. By the end of next year, GM plans to have launched at least three mass-market EVs powered by its Ultium batteries. By 2026, the automaker could have close to a dozen mainstream electric options. A year later, GM expects to begin working with Honda Motor Co. to produce millions of affordable EVs. At the moment, though, GM’s mass-market EV entries, underpinned by its proprietary Ultium batteries, lag competitors such as Ford Motor Co., which launched the F-150 Lightning electric pickup this year.

Another 46 percent of the respondents stated they have not heard of any financial incentives available for owners of electric vehicles.

“We found that 14 percent of American drivers say they would ‘definitely’ buy or lease an electric-only vehicle if they were to buy a vehicle today,” said Consumer Reports. “That’s up markedly from the 4 percent who said the same in a 2020 nationally representative survey from CR of 3,392 licensed U.S. drivers.”

Ford Motor Co. will reveal a redesigned, seventh-generation Mustang pony car at the North American International Detroit Auto Show in September, according to Automotive News. The vehicle, code-named S650, is expected to begin production in the first half of next year. It’s expected to feature carryover V-8 and four-cylinder EcoBoost engines, according to two people familiar with the plans.

Wholesale vehicle values remained unusually high in July compared to previous years, according to Auto Remarketing. But it’s what’s happening to consumer confidence — which continues at “historic lows” — and the impact to used-car demand that pushed these values down from June. That’s according to analysis around Black Book’s Used Vehicle Retention Index for July, which came in at 189.4 points. That’s up 17 percent from July 2021 and 65 percent higher than March 2020 prepandemic levels, but down 1.1 percent from June.

Carmakers are also reporting lower demand in Europe and North America amid what analysts say is growing evidence that consumers are balking at higher prices and keeping their cash for necessities. Although some upmarket brands like Ferrari and Mercedes have raised sales forecasts due to continued high demand for top-end models, the outlook for the bulk of the industry appears bleaker.