News from GM, Jeep, Mazda, and the Economy

General Motors and Honda have announced plans to expand the two companies’ relationship by codeveloping a series of affordable electric vehicles based on a new global architecture using next-generation Ultium battery technology.

The companies are working together to enable global production of millions of EVs starting in 2027, including compact crossover vehicles, leveraging the two companies’ technology, design and sourcing strategies. The companies will also work toward standardizing equipment and processes to achieve world-class quality, higher throughput and greater affordability. The compact crossover segment is the largest in the world, with annual volumes of more than 13 million vehicles.

The two automakers have developed a close working relationship over many years, including several projects in recent years focused on electric and autonomous vehicle technologies. In 2018, Honda joined GM’s EV battery module development efforts. In 2020, GM and Honda announced plans to codevelop two EVs, including the Honda Prologue, to be launched in early 2024, soon followed by Acura’s first EV SUV. Further, the companies have an ongoing relationship with Cruise and are working together on the development of the Cruise Origin, one of the first purpose-built, fully autonomous vehicles designed for driverless ride-hail and delivery.

Jeep has redesigned an all-electric concept version of its flagship Wrangler, as the brand pivots from gas guzzlers to zero-emissions EVs. The Jeep Wrangler Magneto 2.0 concept vehicle comes a year after the Stellantis brand unveiled the first version of the all-electric SUV. Concept vehicles are custom products typically built by automakers to gauge customer interest or showcase the future direction of a vehicle or brand.

Mazda kicks off an upmarket portfolio shift that bets that bigger is better with a global blitz of new large-sized crossovers. The strategy will begin unfolding this year in Europe and Japan with the launch of the new two-row CX-60. That model will be followed by two U.S.-focused stablemates, the CX-70 and CX-90 starting next year. A three-row CX-80 is also in the mix for Europe, Japan and other global markets. 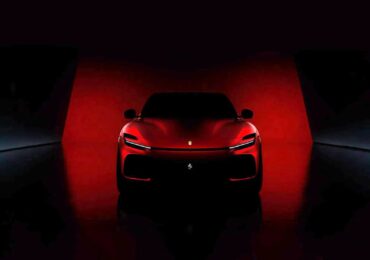 Ferrari has released a teaser picture of the Purosangue, its first crossover. The photo shows a front view of the car with very thin horizontal headlights; a large air intake; and two Ferrari badges, one on the hood and one on the grille. The vehicle will have a plug-in hybrid powertrain with a front mid-engine architecture.

Major Recalls From the ‘Big 3’

Ford is recalling nearly 215,000 pickup trucks and large SUVs in the USA and Canada because brake fluid can leak, causing longer stopping distances. The recall covers the F-150 pickups from 2016 through 2018, as well as Ford Expedition and Lincoln Navigator SUVs from 2016 and 2017. All have 3.5-liter turbocharged six-cylinder engines. The U.S. National Highway Traffic Safety Administration (NHTSA) says that fluid can leak from the brake master cylinder.

Ford Motor Co. is also recalling 157,306 F-150 pickups from the 2021 model year because of inoperative windshield wiper motors that can cause the wiper to fail.

General Motors is recalling more than 740,000 small SUVs in the United States because the headlight beams can be too bright and cause glare for oncoming drivers. This comes after U.S. safety regulators turned down a request from the Detroit automaker to avoid the recall. The company is recalling GMC Terrain SUVs from the 2010 through 2017 model years. Documents posted by the NHTSA say reflections caused by the headlight housings can illuminate some areas with too much light.

Stellantis is recalling 370,437 Ram and Dodge vehicles in the USA because of an issue with the electronic stability control warning light that can increase the risk of a crash.

Gas prices nationwide are higher than they’ve been in more than a decade, and they’re only expected to keep rising after the Biden Administration moved to bar U.S. imports of Russian oil amid that country’s ongoing war in Ukraine.

Experts say the crunch on American consumers might pique their interest in more fuel-efficient cars rather than gas-guzzling trucks and SUVs, still major profit drivers for U.S. automakers and their foreign rivals. But skyrocketing gas prices also might freeze purchases as consumers avoid spending amid uncertainty and bet on markets evening out eventually — or consumers will be left with few options despite pent-up demand.