Behind The Wheel News

Almost as soon as word leaked out that Apple was planning to tap Hyundai-owned Kia to build its long-rumored self-driving all-electric Apple Car, the deal hit major snags and is now dead in the water, according to sources on both sides. 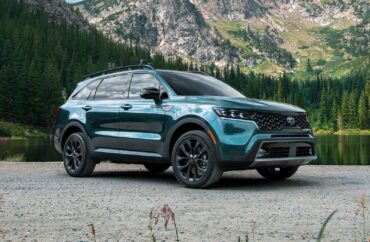 While Apple would not confirm or deny the conclusion of talks with Hyundai, South Korea-based Hyundai openly admitted that talks had been terminated. The reason is a mystery, but it appears to have much to do with Apple’s penchant for secrecy — and the fact word got out to the media about the talks seems to have been the nail sealing the coffin on the deal.

It was rumored that Apple wants the vehicle built in the United States and that Kia would build the Apple car at its massive West Point, Georgia, assembly plant in time for it to be introduced as a 2024 model-year vehicle.

Almost as soon as the Hyundai/Kia deal died, rumors began circulating that Apple was talking to Nissan and that the company would build it in Smyrna, Tennessee. However, Nissan officials quickly and strongly denied they had been engaged in talks of any kind with Apple.

Jeep Raises the Bar for Dealers

As Jeep crosses into six-figure pricing territory with the new Grand Wagoneer, a prototype of what the brand wants its salesforce to look like is highly trained and flush with details about the product. Salespeople will undergo a rigorous, annual education and testing process for the right to be called a “Jeep expert,” and their business cards will carry an emblem touting that status to shoppers.

Building up the showroom experience is the latest rock the adventure brand will have to climb. The Wagoneer and Grand Wagoneer will draw an affluent clientele who will have to open their wallets wider than most previous customers of the brand to drive off in the plush, three-row SUVs. To meet those shoppers’ expectations, Jeep has ambitious aspirations for the retail experience, as some stores begin catering to a consumer base they’ve never dealt with before.

Three vehicles from Kia Motors America were named “Best Cars for the Money” in their respective categories by U.S. News & World Report. Taking top honors this year are the 2021 Forte, Sorento and Soul models.

“Kia has outperformed the industry with a world-class lineup of sporty sedans and undeniably capable SUVs, and these ‘Best Cars for the Money’ awards from U.S. News & World Report speak to the strength and appeal of our entire product line,” said Russell Wager, vice president of marketing at Kia Motors America.

“The Kia Sorento’s low price and operating costs make it a great value, and that value comes without compromises on features, comfort or performance,” said Jamie Page Deaton, executive editor of U.S. News & World Report. “Car reviewers love the Forte for its roomy passenger cabin and long list of standard features. Its low price and long-term ownership costs make it a great value. This is a car that buyers — and their budgets — will enjoy owning for the long haul. And the Kia Soul has plenty of interior space and an excellent infotainment system. Its long warranty keeps repair costs low, making it an excellent long-term value.”

Ford to Build Mustangs in China

Ford Motor Co. announced it will build its iconic Mustang vehicles in China for the first time, as it tries to reconnect with Chinese consumers. The locally built Mustang Mach-E, Ford’s flagship electric vehicle that recently went on sale in the United States, will be available in China later this year and challenge for a share of the Chinese high-end EV market, according to a company statement.

Toyota Motor Corp. of Japan overtook Germany’s Volkswagen in vehicle sales for 2020, regaining the pole position as the world’s top-selling automaker. Toyota has bested VW for the first time in five years, as the pandemic demand slump hit its German rival much harder. Toyota said its groupwide, global sales fell 11.3 percent to 9.528 million vehicles in 2020, compared with a 15.2 percent drop at Volkswagen to 9.305 million vehicles.

China’s Geely Automobile and its Swedish sister subsidiary, Volvo Cars, have abandoned merger plans, but intend to launch a new entity that combines their powertrain operations and expands cooperation on electric vehicles. A year ago, the two said they were planning to merge and list in Hong Kong and possibly Stockholm, giving Volvo access to public markets, as global automakers pursue alliances to respond better to the cost of the transition to electric cars, tougher emission rules and autonomous driving.

J.D. Power Ranks Kia as No 1 Among Mass-Market Brands

In the 2021 Vehicle Dependability Study (VDS), the achievement was strengthened by three of Kia’s most-popular-selling models — the Sorento, Sportage and Optima — each winning their respective segments.