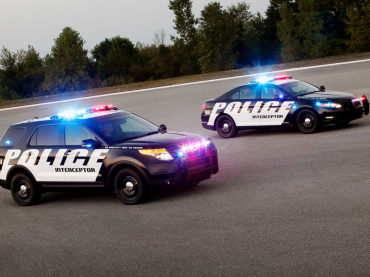 After decades of success with its reliable Crown Victoria — a, large, V8-powered, body-on-frame sedan — Ford made a strategic decision to modernize its Police Interceptor with not one, but two distinct body styles: a traditional, pursuit-rated large sedan and a new, pursuit-rated utility vehicle.

In 2013, Ford’s police utility vehicle represented 60 percent of all Ford Police Interceptor sales, and was the best-selling police vehicle in the country.

The final piece of the company’s reinvention of the police vehicle market is its introduction of fuel-efficient, yet powerful EcoBoost engines. In recent Los Angeles County Sheriff Department testing at Auto Club Speedway in Fontana, Calif., Ford Police Interceptor sedan and utility vehicle were fastest in both 0-100 mph acceleration runs and average lap times for a third consecutive year. In addition the 3.5-liter and 3.7-liter non-turbo offerings — provide increased fuel economy ratings over outgoing models, helping municipalities with potential savings on fleet fuel costs. The 2.0-liter EcoBoost Special Service Police Sedan offers an impressive EPA-estimated rating of 20 mpg city, 30 mpg highway and 24 mpg combined. This Special Service vehicle combines the durability of Police Interceptor sedan with the efficiency of a 2.0-liter EcoBoost engine, which can help save fuel even while delivering 240 horsepower and 270 lb.-ft. of torque.