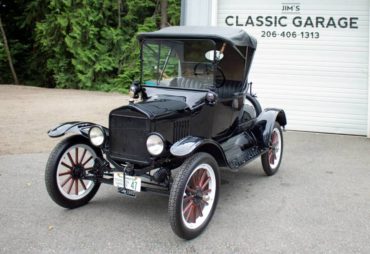 “You can have it in any color you want — as long as it’s black.” Those were the immortal words of Henry Ford when asked by a reporter about color choices for the Model T at its introduction back in 1908.

Ford was a veritable fountain of one-liners about business and leadership, and was a man known not to mince words about anything. Another of his timeless, albeit famous, statements is perhaps as insightful today as it was in the 1920s when he said it — “Thinking is the hardest work there is, which is probably the reason why so few engage in it.”

Ford debuted the inaugural Model T for sale in 1908. Its cost? $825 — or about $22,000 in present-day dollars. But ever the innovator, by 1916, Ford had figured out how to reduce the cost by more than half — to $360 — while increasing safety, reliability and speed. And for better or worse, Henry Ford — more than any other single individual — made America a nation of car owners. At one point, over half the families in America owned a car built by the Ford Motor Co. 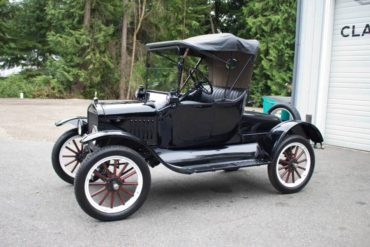 Which brings us to the 1922 Model T, recently restored by Jim’s Classic Garage in Gig Harbor. The total body-off restoration of this American classic took a full 14 months to complete. When asked about the cost of such a project, owner Jim Sullivan says there is no way to measure the cost of the time and effort that go into a total restoration like this, but that a good rule of thumb is two to three times what the restored car is worth on the open market.

“We took this car in, in the early part of 2016. The client wanted something unique to take to work every day, and this Ford sure fits the bill,” he said with a chuckle, adding, “When we got the Model T in, it had good bones, but had certainly seen better days.”

The craftsmen at Jim’s Classic Garage stripped the body down to its nuts and bolts and gave everything a good cleaning. Then came stripping off a minimum of five coats of paint until everything was down to bare metal.

They prepped all the metal surfaces including the frame, engine, transmission and undercarriage — and applied a rust inhibitor to absolutely everything. Once they treated the Model T for rust, they primed and painted each and every individual part and surface. In addition, they hand-sanded and stained the spokes of the wooden wheels before the new tires went on them.

The engine and transmission both underwent complete, ground-up rebuilds as well, with the engine being fine-tuned for maximum performance. Once that was complete, next was the reupholstering of the interior and reconditioning the top.

“We got her all buttoned back up like new,” Sullivan said with a proud grin. “Now she’s ready to get out and see the world again.”